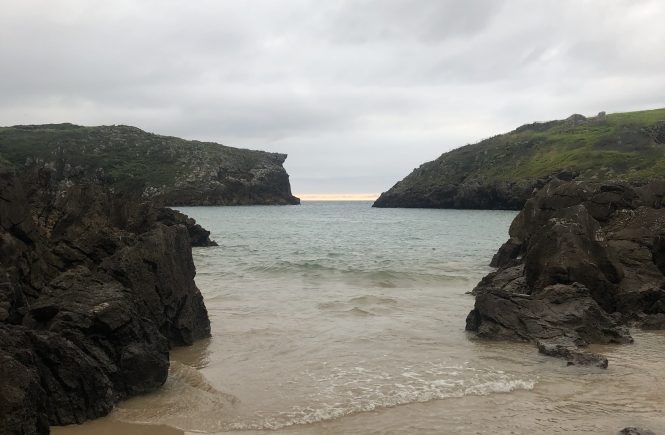 Ah, Llanes: a place no tourist will probably ever go (and after our trip, me neither tbqh) or even know the existence of. Truly a town made for beachside ballyhoos, sunburned sangrias (or their fruitier, lighter local version called tinto de verano) and… not much else.

Unlike the metropolitan vibe of Madrid, Llanes is much much more laid back (as if that were even possible? Well, apparently, yes). I contemplated bringing a cooler bag full of tofu and cacahuetes en chocolate negro from Mercadona, but then that wouldn’t be much of a vacation, now would it?

Luckily, there were a few vegan-friendly findings in Llanes, to my relief. In between visits to my favorite Poo beach and veg-friendly grocery store.

It’s hard to not find vegan options in a Mexican restaurant and Chibiski was no exception, thank goodness.

There wasn’t anything special about these tacos, but they’ll do.

The guac here is really fresh and they serve house-made tortilla chips. Extra orders of chips are free! I liked pouring on the free red and green salsas into my guac as I ate.

It was a nice touch to have fresh tomato and avocado slices on top of the rice, which was the perfect consistency.

I wasn’t a huge fan of their beans, which were kinda dry. I added salsa to it to make it a little more palatable.

Situated just a few feet away from Porto de Llanes with seagulls eyeing your plate and sea breeze at your face, it’s not hard to see why this alfresco-friendly restaurant is always packed to the gills (sorry not sorry).

I was impressed that they even had a vegetarian section on their menu (all digital, of course, because of covid).

A typical Asturian bean stew, fabada is a super-hearty bowl of buttery-soft white beans that is traditionally cooked with different types of pig meat. el puerto’s version was basically a well-seasoned white bean stew sans meat and was very filling and tasty, but I had no desire to eat it over and over (once was enough).

Still, beggars can’t be choosers! For a vegan dish, it sufficed.

Chunky beefsteak tomatoes and onions, drizzled with olive oil. It was tasty, but cmon, I could’ve made this myself.

Pizzeria La Compuerta Llanes: get any of the pies without cheese (we got the margherita sans cheese). Wasn’t my favorite but the crust was tasty.

Telepizza: my aunt-in-law Carlota ordered these pies and I was skeptical, but yes! Telepizza has three VEGAN pies with vegan cheese! Wow! The only thing is, you can only have it delivered or to go.

Little known fact: butterfly cookies (called palmeras in Spanish) are nearly always vegan by default. This surprised me, because they definitely do NOT look vegan! They’re typically made with different vegetable oils.

Ortegal Fito, a cute little chain of bakeries in Llanes, has plenty of freshly-baked, deliciously soft and rip-pable palmeras. We went to the one off the side of Pl. Barquera, where there was a lady with her baby manning the counter. I love the familiarity of Llanes, where scenes like this are common.

Confitería Loyma: first time I’ve seen vegan turron, an almond confection native to Spain. I wasn’t a huge fan, but it’s good to try it once at least!

Cafeteria Bitacora: right off the main street of Pl. Barqueras, you can grab vegan churros and chocolate at this cute cafe. Along with palmeras, churros are typically vegan, made of only flour, oil and sugar as well the chocolate drink, which is sugar, chocolate powder and water.

Alimerka: this popular supermarket chain had a host of vegan-friendly products, which included:

My favorite item, seen below, was obviously Danone’s version of the Häagen-Dazs’ chocolate-almond vanilla crunch bar. It did not disappoint!

In summary, Llanes really isn’t the most vegan-friendly place, but you won’t starve to death, either. Just make sure to book a hotel or bnb with a kitchen! 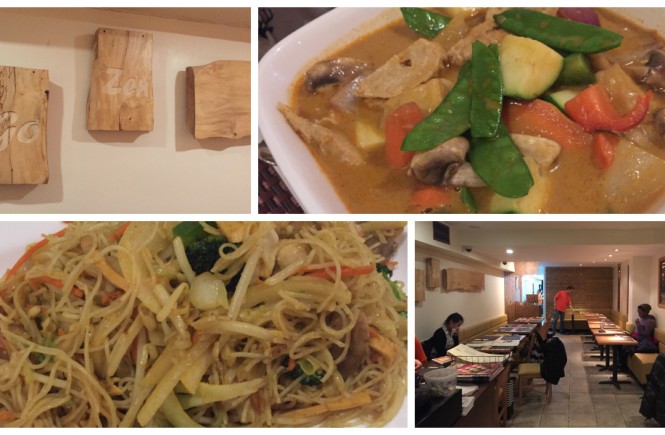 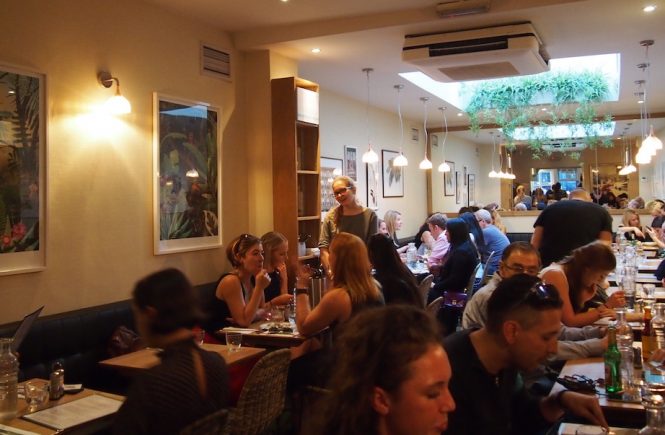 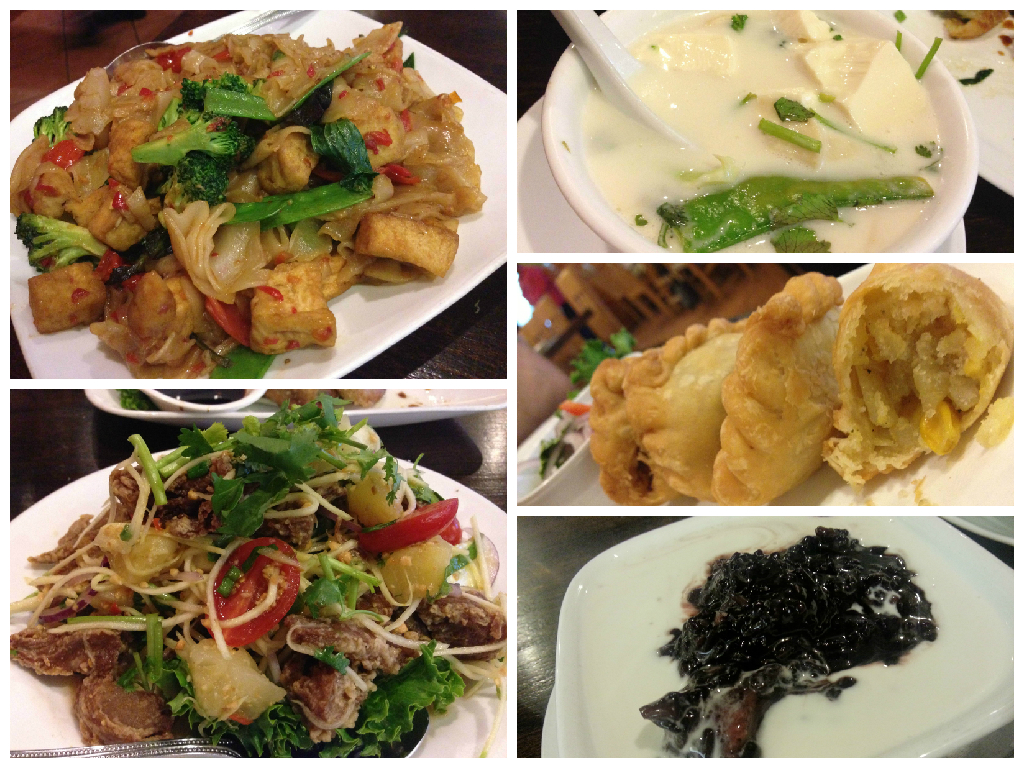 All Thai’ed Up at SriPraPhai