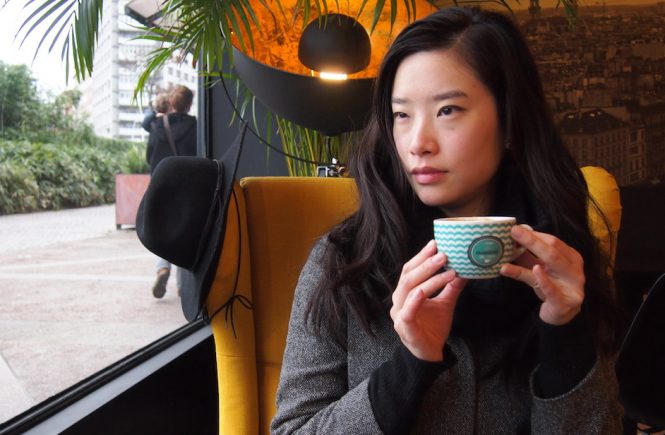 2016 has been quite the year for me. I moved out of my house, I lost my dog and, most importantly, I was able to reflect on the important things in life: like not taking our president-elect seriously.

It’s only apropos that I ended the year in one of my favorite countries: Spain, far far away from the chao-sity that is the U.S. of A. I love it, I hate it, I don’t understand it, but it is my home in the end. And by god, I needed a break from it! Two weeks in England just left me wanting more!

Galicia was my very first foray into Europe. The same time last year, I boarded the plane with high hopes and a nervous tummy, hoping the Galicians I met would know what a “vegan” was. I was met with a few paused contemplations, questions clarifying what constituted vegan, and generally a very accommodating culture that both surprised and delighted me.

This year was no different — actually, it was even better than the last year! I discovered a medley of new vegan products and an all-vegan shop called Factoria Verde, the waiters at every vegan restaurant I went to were still there, and still recognized me (I guess I’m like one out of 3 vegans in all of Coruña) and I ended up discovering even more vegan goodies in the supermarket.

Be sure to check back periodically for my Galician Food Tour posts as a respite to all the shitty Trumpian updates… it’s the least I can do for my country.

It’s common knowledge that food in Europe simply tastes… better. It might be that they’re just fancier, tastier and superior to Americans in nearly every way (except the job market, get your shit together EU!). But what about vegan duds in the supermarket? On my recent trip abroad to La Coruña, I was able to find […]