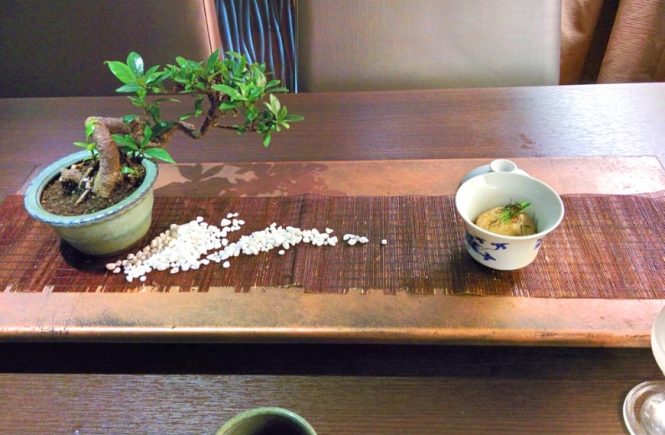 Fine dining and me don’t seem to mix: I prefer eating in low-profile, cheap and tasty hole-in-the-wall-type joints. Still, I’ll swing it a few times in my life for the kicks. Fake it till you make it!

Yu Shan Ge was a place I came across amongst the 14 veggie-friendly listings on Yelp that had glowing reviews, notably for its creative presentation, upscale atmosphere and elegant service repertoire. I expected a hoity-toity type of upscale atmosphere, but it turned out to be more of a slightly tacky, faux-baroque type place. Don’t get me wrong, the price point and the setup is meant to evoke an air of luxury and zen, but for some reason I felt there was something lacking in the way it was presented.

Yu Shan Ge’s ordering system is based off their set menu list: that is, you must order their five-course meal. If that sounds like a lot, it really isn’t, since 4 out of 5 of the items are amuse-bouche sized bites meant for tasting more so than being filling. Know before you go!

If you book online through their EZ table system, you can get $200 NT (about $6 USD) off your set meal, per person. You don’t get a choice of which set meal you want, though, it’s determined by the default selection on EZ table. To get the discount, you must pay in the EZ table reservation process.

One of the things YSG does well is make the meal feel ceremonial. I was furnished with a silky satin bib that went well over my waistline and covered half my lap, which I found amusing as much as I found it functional (very much so, for a klutz like me). Before the meal began, they brought out a lily-pad/cabbage shaped bowl with water, rose petals and a slice of lime (Juan joked that it was an appetizer and I believed him for a split second -_-). It was meant for rinsing your hands before the meal… something I had never done before!

Reminiscent of shark fin soup, YSG’s cauliflower soup had plenty of flavor and was a nice opening act for our five-course meal. It also contained slivers of bamboo, cabbage and wood-ear mushrooms to a healthy effect.

Pretty to look at but not much in terms of actual food, this amuse bouche plate was… interesting. The spoon held a bundle of young yu choy stalks steeped in a sweet hoisin-y type broth. The white cylinder is a slightly crispy young bamboo chunk that didn’t have much of a taste, one way or another.

A bit reminiscent of perhaps a vegan oyster, this dish had a subtle curry/turmeric taste and coconut meat in the middle. This was my favorite dish simply because the flavors went so well together. My tummy was becoming a bit impatient though, with all the false starts!

I guess this was meant to be a palate cleanser, but I found it thoroughly unpleasant to drink (hence my apt naming of this menu item). It just tastes like watered down apple cider vinegar. ‘Nuff said.

If anyone has ever been to a Chinese supermarket and bought the Water Lilies tofu (I don’t have a pic of the product now but will update this post once I do), this menu item tastes a lot like that type of tofu: kind of eraser like in consistency, but chewy and soft. Trust me, it does taste decent. I like what YSG did with their cheese (which tasted a bit coconutty) and the play on textures was unique. But where’s the FOOD??

This dish tasted the most American-style in terms of flavor profile. The seitan was tender and sweetly savory, like a wheat meat filet, if you will. I think this was the most filling item so far, so I scarfed down that sucker.

A classic, filling staple of southern Chinese cuisine, YSG’s version was like a hors-d’oeuvre version, flavorful and small. It wasn’t especially remarkable, but still very tasty. 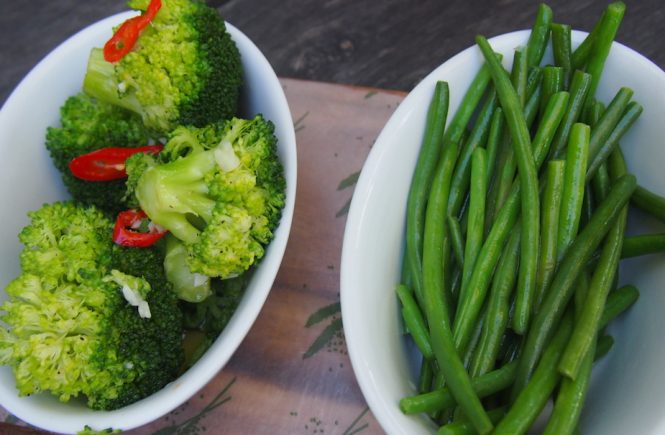 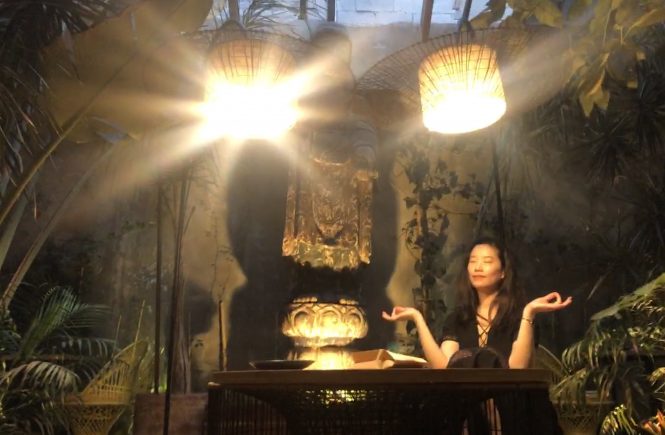 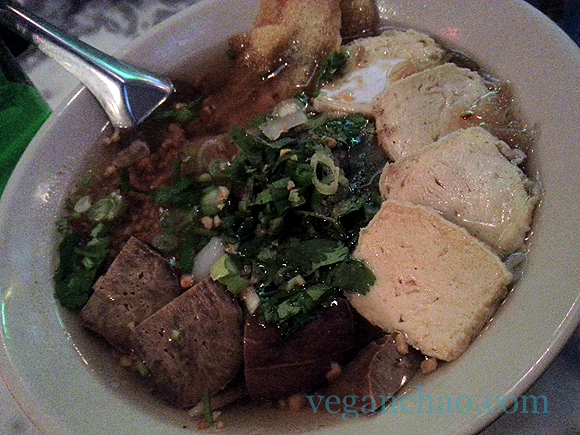